I had no idea how lucky I was that my children’s local state school splits invoices for separated parents.

Any time an expense comes through from the school – no matter how big or small – I receive 50 per cent of the expense, and their dad receives the other 50 per cent. It’s smooth, it’s easy, and it’s fair. And we never have to have a conversation about who owes whom money for excursions, stationery, or camp.

Until recently, talking about it with other parents who have separated, I didn’t realize how unusual and progressive our situation was. A straw poll of separated parents I know showed that most schools invoice one parent and expect them to sort it out, regardless of their situation.

Jessica’s * two children hadn’t started school when she and her partner Aaron * separated. School expenses were the furthest thing from her mind at the time, but when their eldest son started prep, Aaron verbally agreed that if Jessica received the invoices, he would pay half.

Cut to five years later, and Jessica says Aaron has not paid her anything for over two years now.

“It all started off okay,” she says. “Then he started being later and later with paying me, until he just stopped. Now, if I even try to bring it up, he gets really aggressive, calling me names, and telling me it’s my problem, and to stop harassing him.

“I feel completely powerless, I mean, if I don’t pay it, my kids don’t get to do the activities, but if Aaron chooses not to pay it, there are no consequences.”

Family lawyer Jennifer Franklin of Franklin Family law confirms that my children’s school is unusual in its approach, adding that it’s usually the primary carer who receives the invoices.

“Child support usually covers basic public school expenses,” she says, “but if you have agreed to a private school education, or if the children are already attending a private school, the Child Support Agency (CSA) can review the arrangements and determine how those fees are paid.

“This is also true of other additional expenses for children, like healthcare if the child has additional health (and sometime dental) needs.”

READ MORE: Record pollen levels cause rise in allergies and eczema in babies

For those parents who end up holding all the bills, without schools taking the lead and sharing the expenses between the parents, Franklin suggests talking to the CSA to ensure you’re receiving the maximum amount of child support you’re entitled to, and adds that trying mediation could also be helpful.

As with all aspects of separation and divorce, Franklin says having a written agreement can be enormously helpful.

“Expenses for children can be included in a child support agreement,” she says. “This means that parents can agree to split expenses based on the parents’ income, needs of the children, expected living standard, etc.

“This agreement is drawn up by a solicitor and can include school fees, extra circular activities, health care, etc. It can also include periodic cash payments for the parent on the lower income.

“They are a good idea. The CSA adheres to them, and schools follow them.”

And written agreements can save you from a change of heart or loss of interest down the track, such as the one Jessica experienced with Aaron.

But if schools simply split their bills in half, where there are two parents who are responsible for their children, parents like Jessica wouldn’t have to bear the brunt of an ex who simply refuses to pay.

“Honestly, I feel like the last person who should have to ask my ex-partner for money. He earns a decent wage, and he’s perfectly capable of paying, but the way he responds to me asking for money – he would never speak to anyone else that way.

“Why should I have to put myself in harm’s way over and over again just to get him to step up and do his share, when it doesn’t even work anyway? I don’t even bother anymore.”

For a daily dose of 9Honey, subscribe to our newsletter here 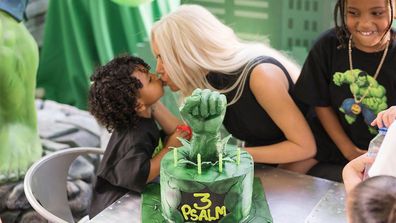