Meta, the parent company of Facebook and Instagram, is leading the way by making strides in bringing the future of the MetaVerse with upcoming new technologies.

He was joined on the panel by Virtual Method co-founder and head of product Carli Johnston and Tafe NSW innovation manager Joe Millward. Steve Brennenthe chief marketing officer of Zip, led the conversation on the next giant leap in technology.

Juma-Ross spoke to Mediaweek about the impact of the MetaVerse in day-to-day life, developing technology in the lead-up and the outlook for the future.

The MetaVerse has been called a futuristic 3D version of the internet or a virtual world. During the panel, Juma-Ross described the MetaVerse as “kind of like the internet, but we’re not peering at it through a little screen. You’re in it. “

The Meta tech industry director added that the technology currently associated with the MetaVerse was likely not to be the same used to access it in the next five to 10 years.

“Nothing that we have today is the MetaVerse right now. It’s not VRs, it’s not ARs of today. They’re the initial building blocks, and if you squint hard enough, you can see some of the potential and what it might be like.

“But we don’t have a working instance of the MetaVerse today that we can all jump into and say:” hey, here it is “. It’s going to be a journey; it’s going to be a while for us to get there, ”he added at the start of the panel discussion.

While the ins and outs of the MetaVerse are a mystery to most, Juma-Ross told Mediaweek the key to demystifying the MetaVerse is to try the technologies.

“Try some of those technologies that are the building blocks of the MetaVerse. Try virtual reality, try augmented reality, try Ray Ban Stories glasses or something like that, and get a sense of the possibilities. “

The Meta tech industry director noted that the MetaVerse has the potential to be part of our day-to-day lives in the future. 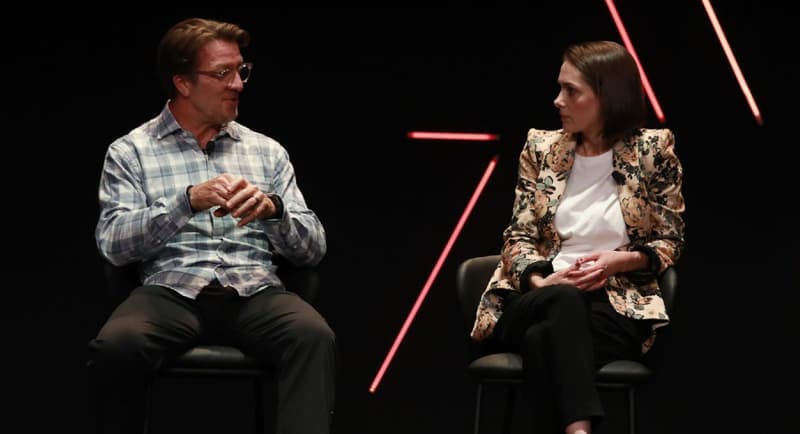 Pictured is Juma-Ross and Johnston

“I would use some of these technologies to play, learn something new, have a meeting with different people around the world, and explore and educate myself on a social issue. I think there are all these areas in which it’s going to be able to have a meaningful impact on our lives. “

However, there are challenges ahead, particularly as the MetaVerse itself has yet to arrive.

“It’s going be a five-to-10-year journey, and many things have to happen. Networking technology has to improve, we have to be able to shrink the technology down, ”Juma-Ross said, noting the example of large, bulky headsets need to become smaller all-day wearable glasses.

“We’ve made a lot of progress so far, but there’s still a long list of things that need research, development and work.”

Although the MetVerse is in its very early stages, Juma-Ross noted that for Meta, the future would see far more collaboration.

“We’ve obviously been investing and started this ball rolling a while ago. But increasingly, we’re seeing different partners get involved. Those are businesses, brands, individual creators, universities doing research, and policy organizations.

“We need to get this big conversation moving around this to really make this a reality for everybody. This is just the start, ”he added. 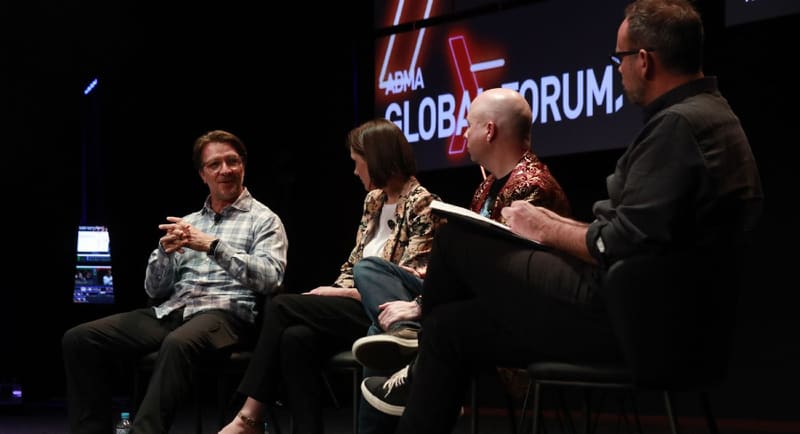 Juma-Ross kept mum on Meta’s upcoming new technology releases but said it would involve more people and that the technology around personification and avatars would become “really interesting”.

“We talked last year about one of the headsets that we have that’s going to be able to pick up facial expression, for example. Imagine you can really make eye contact with someone, and they can really tell if you’re smiling or what your facial expression is.

“That’s going to make for a whole lot more of an immersive experience. So, some of those sorts of technologies are probably on the shorter-term horizon. “

For social media, in particular, the Meta tech industry director described the development of the MetaVerse as the “holy grail.”

“If you think that social media has evolved from text to images, videos and immersive full-screen videos and 3D. The Metaverse is an internet you’re going to be in rather than just looking at. So, it really is the ideal environment for social type interactions, ”Juma-Ross added.

VOZ shows that the Top 5 BVOD programs for P25-54yos all had in excess of 20% of their total audience viewing from a BVOD service.
Click for more