The Department of Drama announced the schedule for the 2022/2023 season, which kicks off on Oct. 15 with the popular musical “Sweet Charity,” Oct. 15-23 in the Syracuse Stage/Drama Theater Complex.

Six-play subscriptions and flexible four packs are on sale now online through the Syracuse Stage Box Office, or by calling 315.443.3275. 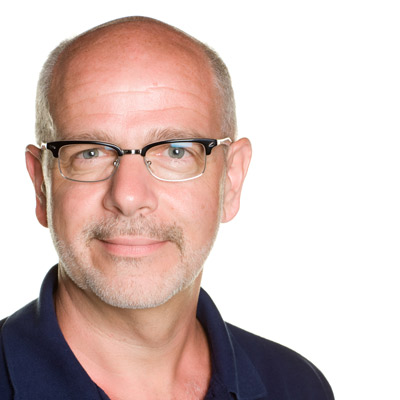 Ralph Zito is chair of Syracuse University’s Department of Drama.

“I am delighted to bring our audiences a season of live theater filled with a wide array of love stories – stories that look beyond and behind romance to explore the transformational power of many kinds of love: familial love, self-love, self-acceptance and self-discovery,” says Ralph Zito, Department of Drama chair.

“Sweet Charity,” directed by David Lowenstein with choreography by Kira Schmidt-Carper and musical direction by Brian Cimmet, was written by Neil Simon with music by Cy Coleman and lyrics by Dorothy Fields. “Sweet Charity” is an integral part of the musical theater lore of Gwen Verdon and Bob Fosse, filled with great songs, dazzling choreography and plenty of humor. At its heart is Charity Hope Valentine, romantic and optimistic, who is trying to make a life for herself in the big, bad city. Featuring such famous tunes as “Big Spender,” “If My Friends Could See Me Now,” “I’m a Brass Band” and “Baby, Dream Your Dream,” this treasure from the 60s is packed with heart, energy and genuine affection for the art of musical theater.

Up next is “Failure: A Love Story,” directed by Thom Miller. In one scene, a character asks, “If you knew how long you had, would you be able to live your life?” Written by playwright Philip Dawkins, this bittersweet consideration is at the center of this whimsical and profound, simple and elegant play. In Chicago in 1928, the three Fail sisters—Nelly, Jenny June and Gerty—meet untimely ends, but their unfortunate fates are tempered by the richness of life and love. With echoes of Thornton Wilder and tinged with the nostalgia of popular songs from a bygone era, this delicately romantic and funny play reminds us that “just because something ends, doesn’t mean it wasn’t a great success.” Dawkins is a Chicago-based playwright and educator currently working on an American English translation of Michel Tremblay’s “Messe Solennelle Pour Une Pleine Lune D’été” and an audio play for Audible.com

The holiday co-production with Syracuse Stage is the beloved family musical “Disney’s The Little Mermaid,” directed by Melissa Rain Anderson, choreographed by Adam Cates, with musical direction by Brian Cimmet. “Disney’s The Little Mermaid,” written by Doug Wright, with music by Alan Menken and lyrics by Howard Ashman and Glenn Slater, is a deep dive into musical family fun with Ariel, Sebastian, and all the watery gang from this beloved tale. With spectacular aerial acrobatics provided by 2 Ring Circus (“The Wizard of Oz,” 2017), this production promises enough thrills and delights for landlubbers of all ages.

The spring semester begins with “Barbecue,” a satirical and insightful play from the pen of Robert O’Hara, the no-holds-barred playwright, and is directed by Gilbert McCauley. It features the O’Mallery family: five siblings—four sisters, one brother—all with various addictions, dependencies and issues, one with perhaps more than the others. Is a surprise intervention at a family picnic on behalf of the “troubled” one a good idea? If so, why does the brother arrive with a taser? Starting with the O’Mallerys themselves, this is a play full of surprises and very good theatrical ideas from the most appropriately inappropriate satirist in American theater today. In addition to his playwriting, O’Hara has achieved success as a director. He was nominated for the 2020 Tony Award for Best Direction of a Play for “Slave Play” and recently helmed “A Long Day’s Journey into Night” off-Broadway.

The 2017 Susan Blackburn Prize-winner Clare Barron says her play “’Dance Nation’ is a play about 13-year-old girls. It’s also a play about women, ambition and desire.” Directed by Katherine McGerr, “Dance Nation is set in the pressure cooker milieu of an impending national dance competition. Barron takes us into the insular world of a team from Liverpool, Ohio, to expose their rivalries, competitiveness, support and joy, and to reveal not only their sensitivities and insecurities but their fierce undeniable power. A refreshingly unorthodox play that conveys the joy and abandon of dancing, while addressing the changes to body and mind of its characters as they peer over the precipice towards adulthood. Barron is a playwright and actor from Wenatchee, Washington. In addition to being a finalist for the 2019 Pulitzer Prize for Drama for “Dance Nation,” she also won the 2015 Obie Award for Playwriting for “You Got Older.”

The season concludes with Sarah Ruhl’s “Melancholy Play: A Chamber Musical,” directed by Rebecca Aparicio. Who says sadness isn’t fun? Certainly not Ruhl, an award-winning playwright. In her absurd, sensual and heartfelt “Melancholy Play: A Chamber Musical,” Ruhl endows melancholy with aphrodisiac power in the person of Tilly, a bank teller whose lingering sadness attracts everyone around her. So acute is the attraction that when Tilly suddenly finds happiness, she throws the others into despair. One even transforms into an almond. Yes, the nut. It will be up to Tilly to restore her. With characteristic whimsy and nuanced seriousness, Ruhl considers the many different ways to find joy and how sadness is a necessary component of happiness. Ruhl is a playwright and essayist. Her most popular works include “Eurydice,” “The Clean House” and “In the Next Room.” She received a MacArthur Fellowship and the PEN/Laura Pels International Foundation for Theater Award for being a distinguished American playwright.

“As always, our young artists continue to entertain and inspire us as they work with their mentors—both from within the faculty and from the wider professional field—to deepen their understanding of the art of storytelling. They are eager to share what they’ve learned, and we are eager to have you join us,” Zito says.