CAMILLA has met students in Rwanda alongside Carrie Johnson ahead of a landmark speech condemning the “evil” of violence against women.

The Duchess of Cornwall beamed alongside the Prime Minister’s wife as she met children at a library in the capital Kigali where a summit of Commonwealth leaders is taking place.

The library is supported by Book Aid – the patronage of which she took over from the Duke of Edinburgh.

Prince Charles is also on the royal trip and was seen meeting with students at the Integrated Polytechnic Regional College (IPRC) in Rwanda’s capital Kigali, as well as a Commonwealth Business Forum Exhibition at Kigali Cultural Exhibition Village.

Camilla was pictured alongside kids with hearing difficulties, accompanied by Jeannette Kagame, the wife of the President of Rwanda.

The duchess will address Violence Against Woman and Girls ahead of the summit, blasting domestic violence as an “evil that has led to the death of thousands”. 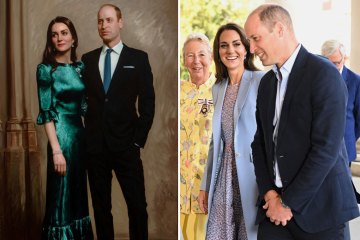 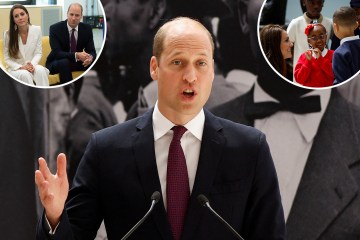 She will tell world leaders she is “seeking rights that have been denied to women and girls in every part of the world”.

Camilla will tell them one in three women have suffered abuse and domestic violence is up by 500 percent.

She will pay tribute to Joanna Simpson who was beaten to death in the UK, Noreen in Pakistan who was abused and Uwaila Vera Omozuwa murdered in church.

“These stories are heartbreaking. But, given the statistics that I have just quoted, sadly not unusual, ”she would say.

“In the strength of our unity, we, the women and children of the Commonwealth stand with victims and survivors who despite the temptation to hide away in silence speak up so that others know they aren’t alone.

“Whether in Africa, Asia, Europe, the Pacific or the Caribbean and Americas.”

“In doing so, we have the opportunity to end gender-based violence and those laws and practices that discriminate against women.

“And each one of us must take personal responsibility not to let this opportunity be lost.”

Camilla will also echo the words of the Queen on the future of the Commonwealth she made 75 years ago.

“If we all go forward together with an unwavering faith, a high courage, and a quiet heart, we shall be able to make of this ancient commonwealth, which we all love so dearly, an even grander thing,” the Duchess will say.

“More free, more prosperous, more happy, and a more powerful influence for the good in the world.”