Although the age of newspaper dominance has passed, the fall season brings a biography and two posthumous memoirs of newspapermen: one man’s life was completely entwined with the Toronto Star, another was a publisher chased into exile in Canada, and the third was the dynamic but troubled creator of Canada’s national newspaper. 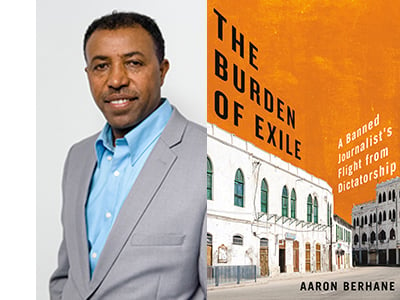 Aaron Berhane founded set, the first independent newspaper in Eritrea, and when he fell afoul of the police state, he was pursued across Africa before gaining refuge in Canada. His memoir encompasses the dangers facing independent journalism in authoritarian regimes, geopolitics, and the challenges of starting a new life on the other side of the world. – Attila Berki 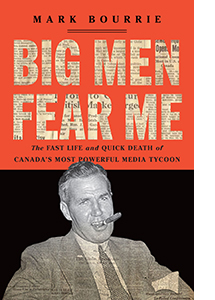 In his new biography, RBC Taylor Prize–winning author Mark Bourrie revives the life of George McCullagh – a charismatic high-school dropout, a self-made millionaire, the creator and owner of the Globe and Mail, and a man with great political potential – whose fall in the mid-20th century would be as steep as his rise to prominence. –AB

Above the Fold: A Personal History of the Toronto Star
John Honderich
Signal/PRHC, Nov.

The lives of John Honderich and his father, Beland – publishers, editors, and family owners of the Toronto Star – were intrinsically tied to the newspaper and its progressive principles. Both a personal memoir and a historyAbove the Fold provides insight not just into the workings of one paper but also the forces impacting newspapers since the middle of the 20th century. –AB

We can’t think of a more delicious read to usher in the colder days and nights than this trove of two dozen personalities dishing about their favorite stuffed treats. Toronto journalist and urbanist John Lorinc collects stories, histories, family traditions (and even some recipes from food historians, chefs, and other prominent Canadians) about perhaps the most universal food phenomenon the world over: the dumpling! –Andrew Woodrow-Butcher

A unique addition to anyone’s cocktail library, Christine Sismondo and James Waller’s recipes – which include all your favorite drinks alongside some newer creations – are each paired with a contemporary still life in oils by painter Todd M. Casey. -AWB 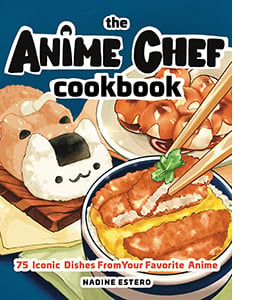 Anime moves into the three-dimensional kitchen with this collection of recipes for food portrayed in the world of manga – from traditional Japanese favorites to inventive recreations of dishes referenced in popular series – illustrated with anime-style art. –AB

Dinner on Mars: The Technologies That Will Feed the Red Planet and Transform Agriculture on Earth
Lenore Newman and Evan DG Fraser
ECW Press, Oct.

Determining how to feed Martians may sound at first blush like an academic exercise, but in trying to answer how to make dinner on Mars, authors and researchers Lenore Newman and Evan DG Fraser explore ways of sustainably feeding humans on Earth, too. -Cassandra Druid 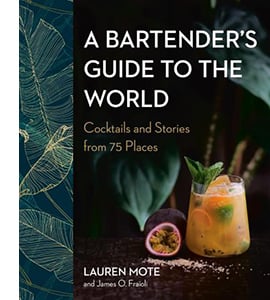 A Bartender’s Guide to the World: Cocktails and Stories from 75 Places
Lauren Mote and James O. Fraioli
Appetite by Random House/PRHC, Oct.

Bartender Lauren Mote and food writer and photographer James O. Fraioli team up for this spirited circumnavigation of the world of cocktails. Arranged by base ingredient and designed to help you build your own international liquor cabinet, this guide also includes a solid selection of non-alcoholic options. -AWB 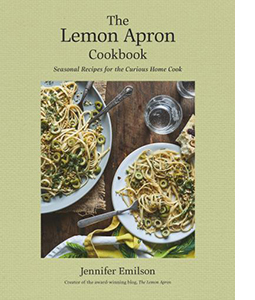 Organized by season and influenced by cuisines around the world, the first cookbook by The Lemon Apron blogger Jennifer Emilson is a collection of rustic recipes for home cooking that are accompanied by the characteristically beautiful photography found on the blog. -AB

TELLING IT LIKE IT WAS: MEMOIRS FROM NOTABLE CANADIANS 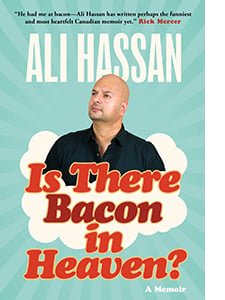 Is There Bacon in Heaven?
Ali Hasan
Simon & Schuster, Sept.

No Bootstraps When You’re Barefoot: My Rise from a Jamaican Plantation Shack to the Boardrooms of Bay Street
Wes Hall
Random House Canada/PRHC, Oct.

BlackNorth founder and Dragon’s Den investor Wes Hall traces his life from his early childhood in his grandmother’s zinc-roofed shack in Jamaica to his move to Canada at 16, and on to his rise from mailroom clerk to executive. – CD

The Mother of All Degrassi
Linda Schuyler
ECW Press, Nov.